skip to main | skip to sidebar

I’m going to catch up with the blog eventually, but wanted to get this one posted while the memory was still fairly clear.  This is our last day in the Monument Valley area and we decided to take a trip to Kayenta, AZ for lunch and to look around a bit.  We had lunch at a Mexican restaurant Amigos which was pretty good, fueled up the truck an headed back on Hwy 160 toward Monument Valley.  We stopped at a few pull offs to take some photos and had noticed 3 planes circling around the area.  At our next photo stop, one of the planes was dropping and headed toward us looking like it was going to land on the highway. 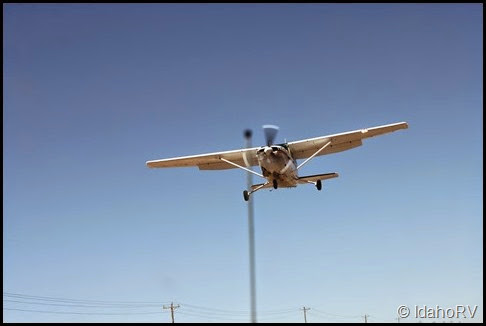 As it went by us, it raised up to miss the power lines and then eventually landed in the road about a half mile south of where we were parked. 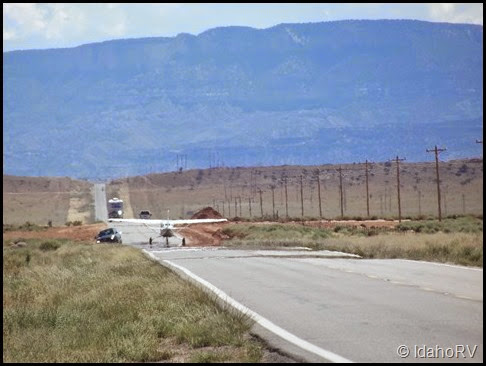 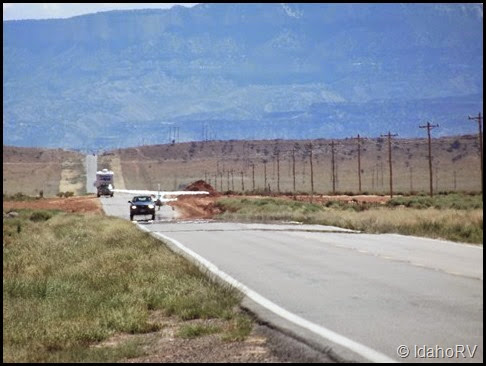 We could see that it was finally able to pull off the road into an area that had recently been cleared off. 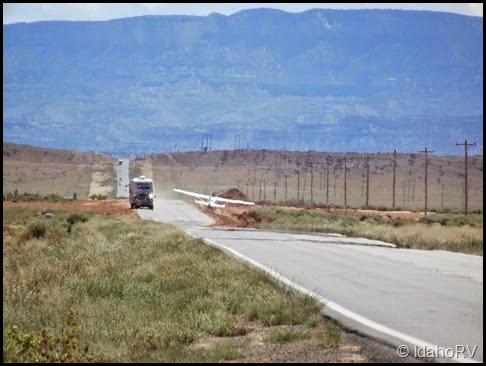 In this photo, Ken is talking to the pilot and his tourist passengers are off to the right.  He told Ken that all passengers were totally quiet during this incident.  That would not have been the case if I was a passenger

.  Actually, after seeing the results of this, I wouldn’t hesitate to fly in a plane with this pilot. 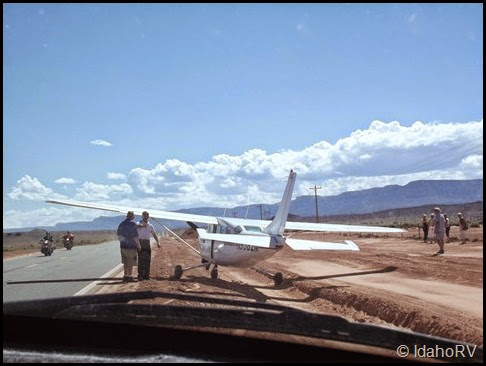 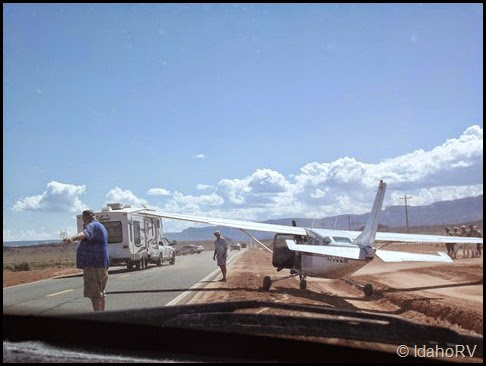 One of the passengers is on the left directing traffic while Ken is back talking to the pilot. 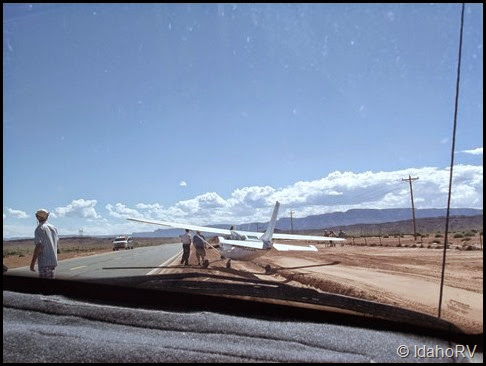 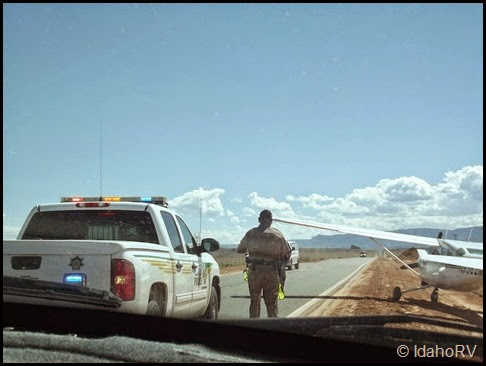 Nobody was injured, but a ambulance shows up anyway. 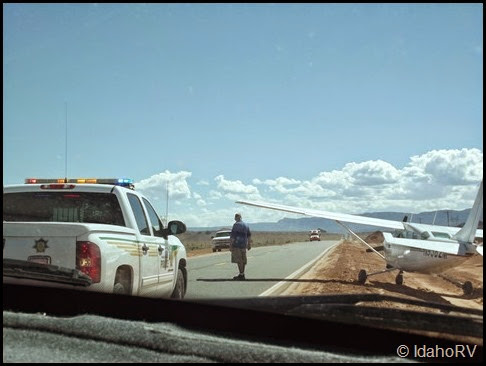 The landing was due to the manifold pressure failed on the plane.  Once Ken exchanged emails with the pilot, we headed back to see what other kind of excitement we could find.  More to post later about the rest of our day as well as previous days I’m behind on due to iffy Verizon data signal.

Glad everything turned out well. Making memories on the road. This will make a great campfire story. Did he eventually take off from there or did he get "towed" in? Thanks for sharing!

Glad all turned out well. Sounds like a good pilot.

Thanks for Shopping Amazon from our Blog!

IdahoRV
We are in our 12th year of fulltime RVing.